The UNAR (National Union of Regional Associations) will host the third conference of the course activated by the Haitian Diaspora in Italy and the Country Haiti Network inside the FORUMSAD on Friday, June 17th, at its headquarters in Via Ulisse Aldrovandi,16 in the Parioli neighbourhood of ROME (National Forum of Distance Support).
In conjunction with institutions and other Italian CSOs, the Haitian Diaspora (Haitian migrants, Haitian adoptees, and descendants of Haitians) and residents of Haitian descent in Italy are advocating various actions aimed at moving towards THE CAMPAIGN “#AYITI KANPE” (HAITI ON FOOT). The desire and sense of duty felt by the Haitian diaspora in Italy to generate a stronger commitment to their homeland, their roots (direct and/or indirect), led to the creation of this campaign. Following various interlocutions between the Haitian diaspora and persons of Haitian heritage in Italy, a sense of responsibility has grown.

The goal of these projects in support of Haiti is to establish a working table that allows different actors, ranging from individuals to national and international organisations and institutions, to participate in Haiti and other locations where the Haitian diaspora and its origins exist. The table places HAITI and its people at the centre, allowing it to speak and act for Haiti not only in the event of a tragedy, but also with a VISION of long-term development. The Haitian diaspora feels that we have arrived at a point where we must try to mitigate, if not eradicate, the damage that disasters create. With this in mind, the table will seek to identify proactive and implementable solutions, as well as practical ideas for a plan (Haiti Country Programme) for the country’s and its people’s long-term development. It will have to be a plan that also allows those Haitians who want to return to their homeland and settle there to do so, since first and foremost, security will be assured.

The whole day’s schedule will be revealed at a news conference on Monday, June 13th, at ENGIM (Ente Nazionale Giuseppini del Murialdo), Via degli Etruschi, 7 – Rome, beginning at 12:00.
The following people will speak at the press conference: Elizabeth Rijo, President of the AYITI CHERY Association; Felix Adandedjan, Vice-President of the Coordination Diasporas In Sardinia; Rana Jammoul, president of the Association Sardinia in the Mediterranean – SARDAMED; Mariangela Petruzzelli, journalist, RAI
Non-profit organisations, as well as leaders from the public and private sectors, will be in attendance.

This was the spirit that brought together the States-General of Solidarity and International Cooperation on June 7th in Rome, in the Onofri Room of the Farnesina, in the presence of the Italian Deputy Minister for Foreign Affairs and International Cooperation, Marina Sereni, the President of ANCI, Enzo Bianco, the Honourable Lia Quartapelle, the Vice-President of the Emilia Romagna Region, Elly Schlein, the Director of the Directorate-General for Development Cooperation (DGCS) Fabio Cassese, the Director of the Italian Agency for Development Cooperation (AICS) Luca Maestripieri, FTS spokesperson Vanessa Pallucchi and CSvNet President Chiara Tommasini. A full table with various levels of institutional representation and civil society expressions.

The meeting, organised by the Promoting Committee of the States-General of Solidarity and International Cooperation, comprised of the 15 National Networks, aimed to initiate a face-to-face meeting with institutional actors, both at the national and local levels, to address the various issues that have emerged in the process of involving civil society in recent years and, at the same time, to give concrete form to a law that is still hampered by too many bureaucratic and cultural stumbling blocks.

“A route that began in 2019, with 13 regional meetings, multiple online meetings including the 15 networks that are part of the states-general, 152 territorial organisations, and 11 subject publications,” said Vincenzo Curatola, of the Promoting Committee, at the launch of the works. A significant accomplishment that now, more than ever, necessitates a further breakthrough. “The pandemic and the war in Ukraine have demonstrated how critical it is to function as a system, to provide collective answers, and to bring together people with different skills and backgrounds. The importance of cooperation today must not only be recognised, but also fostered, and in this regard, Law 125 becomes a key tool, particularly in relation to the achievement of Agenda 2030′s Goals.

“Commitment, willingness, and proposals,” Vincenzo Curatola added, “are at the heart of a genuine expansion of the cooperation system, promoting the locations where planning and cooperation take place, but also favouring opportunities for dialogue, involving the protagonists, and making good use of the tools of cooperation

The essential question is, then, what is the current status of cooperation? Francesca Ottolenghi, Giampaolo Silvestri, Silvia Stilli, Vanessa Pallucchi, Chiara Tommasini, and Giuliana Tadiello, members of the Promoting Committee who respectively reasoned on the actors, venues, and tools of the system, contributed to this question. The proposal is that the National Council for Development Cooperation (CNCS) – a permanent instrument of participation, consultation, and proposal – initiate a project that, starting with a territorial mapping, highlights local actors’ best practises, promoting their participation in the Country System in terms of involvement, training, and valorisation of specific features and potential. There are two major considerations. The first is to verify the functionality and effectiveness of participation spaces, particularly the National Council for Development Cooperation; the second is to verify the capacity of the cooperation system to include new actors, starting with the physiognomy of the set of organisations included in the List ex art 26 L 125/2014.

Co-programming and co-planning are connection modes between public organisations and the Third Sector that are increasingly recognised today and are inspired by the notion of cooperation. As a result, coordinated planning work is required in order to streamline the use of technologies and standardise processes.

According to the Honourable Lia Quartapelle, who spoke on the connection, people who know how to discuss and work about cooperation are needed now more than ever. We require a state-of-the-art in cooperation, not only to comprehend the true execution of Law 125, but also to comprehend what cooperation means today. There is still a long way to go, as Emilia-Romagna Vice-President Elly Schlein pointed out, and habits of more involvement and listening are required, as well as the integration of collaboration with other environmental and health issues. ANCI President Enzo Bianco reiterated these sentiments, referring to the role of local governments and municipalities as an operational dimension of cooperation.

This moment of conflict, for Deputy Minister Marina Sereni, a few days before the Coopera 2022 Conference, provides crucial instruments for reflection. Today, we must consider pluralism in terms of everyone, geographical areas, profit and non-profit organisations, and territories. To resist the logic of spontaneism, we must have the willingness to recognise this plurality, but we must also affect organisation, specialisation, and professionalism. An invitation to increased competency marking and, by extension, synergy: today’s cooperation must be able to unify all bodies in society. 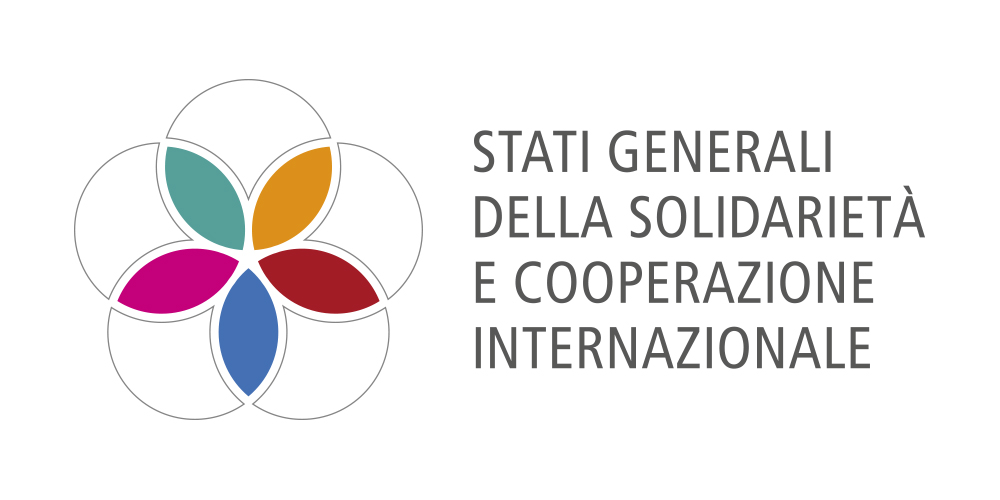 Cooperation is viewed not only as a means of resolving crises, but also as a crossroads of possibilities. This is how Deputy Foreign Minister Marina Sereni summed up the heart of the Second National Conference on Development Cooperation 2022, which will take place on the 23rd and 24th of June at the Auditorium della Conciliazione in Rome and will highlight the world of Italian cooperation.

“Peace is the top priority on Italy’s foreign policy agenda,” Deputy Minister Sereni said, recalling the hunger, underdevelopment, climate change, and insecurity that continue to plague other parts of the world, from the Sahel to Afghanistan, the Horn of Africa to Iraq: “Crisis that cannot be addressed without strong development cooperation,” said the Deputy Minister. “With Coopera, we hope to demonstrate to the public that there is an Italy that cooperates. It will be a moment of confrontation, proposal, and stimulus that we, as the Ministry of Foreign Affairs, want to seize in order to strengthen dialogue and collaboration with the many stakeholders in the Italian cooperation system “Sereni added on the sidelines of the press conference for the presentation of Coopera 2022, emphasising that the high-level participation in the event – including President of the Republic Sergio Mattarella, who will inaugurate the works – demonstrates Italian institutions’ strong availability to the world of cooperation.

Fabio Cassese, the Director General for Development Cooperation at the Ministry of Foreign Affairs, then went on to discuss the panels of the conference’s second edition, “a programme that is the result of collaboration with all the actors of Cooperation” – from institutions to NGOs, but also from regions and local governments to civil society and the private sector – that will revolve around the United Nations 2030 Agenda’s 5 P’s: Peace, Progress, Partnership, and Prosperity. “Cooperation is the polar opposite of conflict; it can prevent crises,” Cassese said.

“The business world, together with the world of cooperation, must think about new ways of action to achieve development goals, exploring in particular innovative financial mechanisms,” Luca Maestripieri, Director of the Italian Agency for Development Cooperation (AICS), concluded, explaining why AICS chose to focus its contribution to Coopera’s work on three specific themes: global citizenship education, impact finance, and the new ‘Sistake’ platform, a tool with which not only the Agency’s calls for proposals will be digitised, but the outcomes and impacts of projects on community and country development will be made transparent. “The platform will serve to connect those working in the sector for an exchange of ideas and views with the goal of working better,” the AICS director underlined, “especially through access to new forms of financing for cooperation projects.”

The goal of Coopera 2022, according to Maestripieri, is to “inform the country about the positive things we are doing in the world, but also about the world we want to develop,” in the hopes of generating fresh concepts of “doing cooperation.” A new cooperation, strongly pushed by AICS and that is “understood as the ability to mobilise all resources, notably those of the for-profit industry, to reconcile growth and social impact, project economic sustainability, and environmental sustainability,” according to Maestripieri.

“TOWARDS CO[OPERA]”, BUSINESS, DEVELOPMENT AND COOPERATION

In preparation of the Second edition of CO[OPERA], the Italian Ministry of Foreign Affairs (Maeci) and the Italian Agency for Development Collaboration (AICS) hosted a discussion on profit and cooperation in Rome, at Villa Celimontana, the Italian Geographical Society’s headquarters, last March. The goal was to assist in taking stock of the situation after five years of experiences that began with Coopera’s final Manifesto. The role of the for-profit sector in cooperative action and its potential declinations were discussed at the meeting, ranging from profit-no-profit synergies to the creation of new business models to the impact of the Ecg Call for proposals approach (environmental, social, and governance sustainability criteria) on the business world. Grazia Sgarra (AICS), Roberto Colaminé (Maeci), Francesco Rullani (Ca’ Foscari University), Letizia Pizzi (Confindustria Assafrica & Mediterraneo), Giampaolo Silvestri (Working Group 3 Cncs Private), and Elisabet Nyquist spoke during the meeting, which was conducted by Emilio Ciarlo, Director of (Opes Foundation).